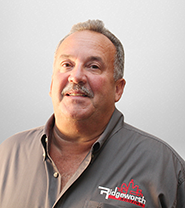 Nashville, Tenn.— Rod Petrick, president of Ridgeworth Roofing Co. Inc., Frankfort, Ill. has been named the next chairman of the board-elect of the National Roofing Contractors Association. Petrick will serve for the 2019-20 fiscal year. He was elected during NRCA's 132nd Annual Convention held Feb.11-13 in Nashville.

Petrick previously served as an NRCA vice president from 2014-16 and vice chairman from 2018-19. He served on many NRCA committees, including Future Executives Institute, Insurance Board of Governors, Manual Update, NRCA University Operations, ProCertification Program, and Safety Regulatory and Compliance Task Force. Petrick is the past Technical Operations Committee chairman and currently serves as a director of the National Roofing Legal Resource Center and president of the Roofing Alliance.

In addition, Petrick has served as president of the Chicago Roofing Contractors Association. He also has been a past director, officer and chairman of the CRCA Industry Affairs and Technical Operations Committee. Petrick worked with CRCA and the City of Chicago from 2001-08 negotiating the current Chicago Energy Code.

Petrick also was president of the Midwest Roofing Contractors Association. He served as a director, officer, technical committee member and MRCA Foundation chairman, as well as on the NRCA/MRCA CERTA Task Force from 2007-10.

Petrick has been in the roofing industry since 1975.

He will begin his one-year term as the second highest-ranking officer of one of the oldest construction trade associations in the U.S. June 1, 2019.