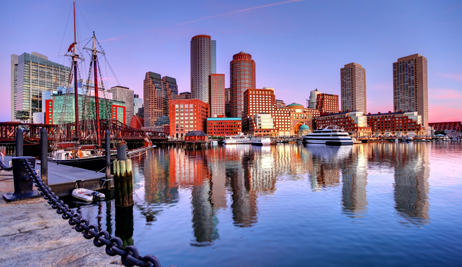 On March 16, Boston Mayor Martin J. Walsh ordered a stop to all construction projects in the city, stating concerns about worker safety and a need to slow the spread of COVID-19, according to The Boston Globe.

“Our primary objective right now is slowing the spread and flattening the curve so that our medical centers don’t get overwhelmed,” Walsh said.

Billions of dollars of construction work will be temporarily halted, and tens of thousands of workers will stop working. Workers will have the rest of the week to secure construction sites; after that, only skeleton crews will be allowed access for safety purposes.

Although workers’ paychecks are expected to take a hit, Tom Flynn, executive secretary-treasurer of the New England Regional Council of Carpenters, notes the construction industry is cyclical and workers are used to occasionally being without a job. Flynn says safety of workers and slowing the spread of COVID-19 is the priority.

“We’re in a national crisis here,” Flynn said. “Our members certainly understand the significance of getting this under control and they’ll do everything to support the mayor’s decision to minimize the effects of coronavirus.”

Walsh, a former laborer and longtime construction union leader, said the city will re-evaluate the shutdown in 14 days to determine whether it can be lifted. He said he hopes the shutdown will be short-lived, and reaffirmed shutting down job sites is a smart move.

“This is a difficult decision to make, just like all the decisions we’ve had to make,” he said. “Then a few days go by and you realize it wasn’t that difficult after all.”