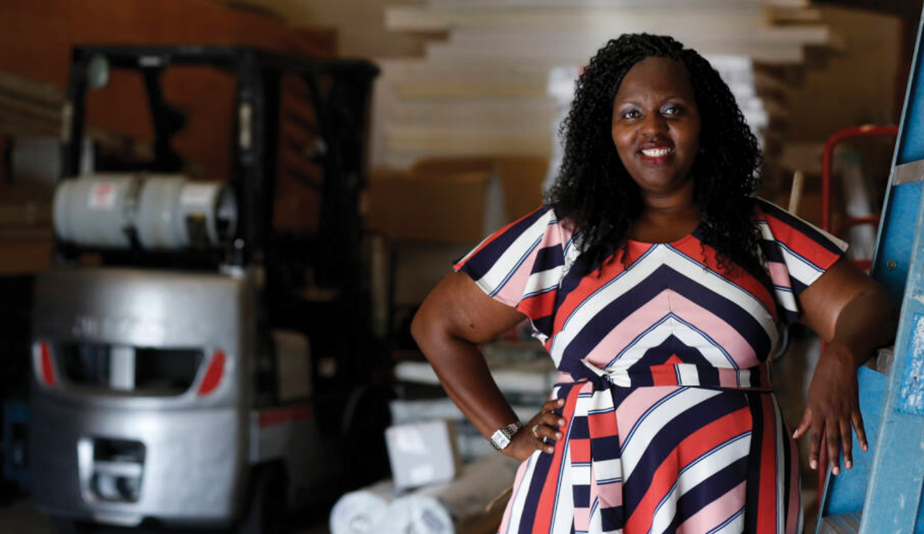 Letitia Hanke, CEO of ARS Roofing, Santa Rosa, Calif., and a nonprofit founder, recently was featured on “Returning the Favor,” a Facebook Watch series recognizing and rewarding people who make a difference in their communities, according to northbaybusinessjournal.com.

On the program, show host Mike Rowe gifted Hanke with a $5,000 Yamaha drum set, $61,000 in tools and supplies and a $35,000 check for her NextGen Trades Academy, a program she founded to help students learn trade skills.

Hanke started the nonprofit in 2015 at Rancho Cotate High School in Rohnert Park, Calif., after she faced difficulties finding young people to hire and noticed a shortage of workers in general.

“They don’t know what kind of amazing career they can have in construction until someone tells them,” Hanke told Rowe.

Hanke studied music education at Sonoma State University, starting a job at a roofing company to make some extra money. Although much of her time is dedicated to running her own company, she still plays in her church band and practices drums at home.

Although the episode was posted Sept. 9, it was filmed in February before the COVID-19 crisis, when interactions such as handshakes and high fives were typical.

To view the episode, visit www.facebook.com/ReturningTheFavor.