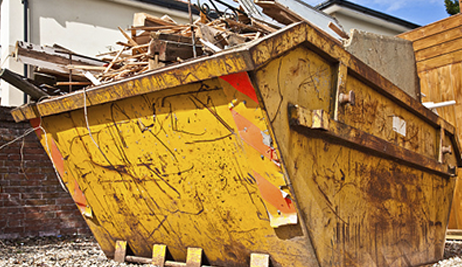 A report from Transparency Market Research predicts the volume of construction waste generated worldwide every year will nearly double to 2.2. billion tons by the year 2025, according to www.constructiondive.com.

Construction waste as classified in the report includes materials from excavation, roadwork and demolition, as well as complex waste like plastics, metal, ceramic and cardboard. Making up more than half the construction waste generated annually are building materials such as wood, shingles, asphalt, concrete and gypsum.

The study states "reduce, reuse and recycle" policies are necessary to control the amount of construction waste; however, such progress has been prevented by insufficient resources, lack of standardization, slim profit margins, policy apathy and lack of education regarding the issues. The Asia Pacific region is expected to generate a majority of the construction waste in the upcoming year, followed by North America. The report shows Europe has developed the best construction waste management technologies.

Disposing of construction waste often is a safety issue. In December 2015, a pile of construction debris caused a landslide in Shenzhen, China, that killed more than 70 people and left 900 individuals displaced. The slide also destroyed buildings, including 33 factories, workers' living quarters and apartments. Because of the construction boom in the area, the Chinese government had set up more than 10 dump sites for debris, but the pile of excavated dirt and material waste reportedly was too high at this location and became unstable. Some analysts blamed the landslide on the unwillingness on the part of local officials to enforce regulations regarding disposal of construction debris.

In the U.S., Texas officials are struggling with how to handle waste created by Hurricane Harvey in the Houston area last year. The Federal Emergency Management Agency has said the area will take years to clean up, and the Texas Commission on Environmental Quality has waived some solid waste disposal regulations—air quality, emissions, wastewater and hazardous waste storage—to quicken the clean-up process.

Additionally, in Minnesota, construction debris is affecting groundwater and the Minnesota Pollution Control Agency is pushing for tougher standards for demolition landfills that provide no barrier between deposited materials and groundwater. However, county officials across the state are pushing back against proposals to tighten regulations until the agency can pinpoint the exact source of groundwater contamination.