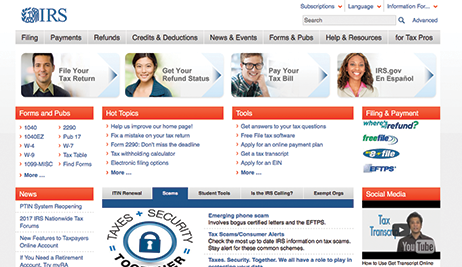 On April 24, the IRS released a fact sheet regarding new expensing rules now in effect under the Tax Cuts and Jobs Act of 2017, which was enacted into law in December 2017.

NRCA was pleased the Tax Cuts and Jobs Act expanded the definition of qualified real property eligible for full expensing under Section 179 of the tax code to include improvements to nonresidential roofs. This was a major victory for NRCA after working for years to educate lawmakers regarding the economic benefits of improved tax treatment of roofs.

Section 179 allows taxpayers to immediately expense the cost of qualifying property rather than recovering such costs over multiple years through depreciation. The Tax Cuts and Jobs Act significantly expands the expensing limits under Section 179, with the maximum amount a business may expense now set at $1 million and the phase-out threshold increasing to $2.5 million. These new limits are effective for properties placed in service in taxable years beginning after Dec. 31, 2017, and the amounts will be indexed for inflation starting in 2019.

NRCA members who want to educate customers regarding the benefits of including nonresidential roofs as qualifying property for Section 179 can use NRCA's template letter.

For more details regarding these new expensing and depreciation rules, view the IRS fact sheet and/or consult a tax professional.