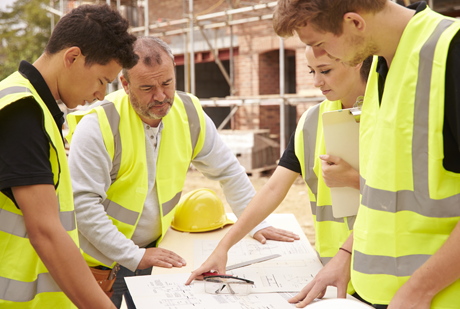 Research released by Harbor Freight Tools for Schools shows although Americans overwhelmingly support skilled trades education in high school, school systems face significant barriers in providing the courses that offer students a path toward these careers, according to www.forconstructionpros.com. The research includes a public opinion poll and a study of skilled trades programs in high schools throughout the U.S.

The research focuses on skilled tradespeople who were deemed “essential” workers during the COVID-19 pandemic. The study and poll provide a comprehensive look at U.S. high school skilled trades education—courses that emphasize building and repair, such as construction, electrical, automotive and plumbing—that can lead to middle-class jobs that often do not require a four-year college degree.

“This crisis underscores the degree to which we depend on skilled tradespeople,” said Eric Smidt, founder of Harbor Freight Tools and The Smidt Foundation—Harbor Freight Tools for Schools is the foundation’s flagship program. “These studies demonstrate that Americans want skilled trades education, but far too often students don’t have access to skilled trades classes in their high schools. When we teach trades in high school, we give students a head start on the road to fulfilling, good-paying careers that our country desperately needs.”

The first study was conducted by NORC at the University of Chicago before the pandemic and polled nearly 6,000 voters, students and parents of high school students. The poll found:

The second study, conducted by JFF, an independent workforce development nonprofit organization, analyzed federal and state data regarding skilled trades programs, students, student outcomes and teachers, and interviewed state career and technical education leaders in all 50 states and Washington, D.C. The interviewees nearly universally agreed a lingering stigma against the trades discourages student participation, demonstrating that educators have not yet seen the positive public opinions illustrated by the poll.

Of the more than 11 million public high school students in the 32 states that provided skilled trades enrollment data for the 2016-2017 school year, 872,452 (8%) took a skilled trades course. In those states, students concentrating in trades—taking two or more courses in sequence, indicating strong interest—would fill less than 10% of the 975,000 projected job openings from 2018 to 2028, many of which are driven by retirements.

View the NORC and JFF reports.