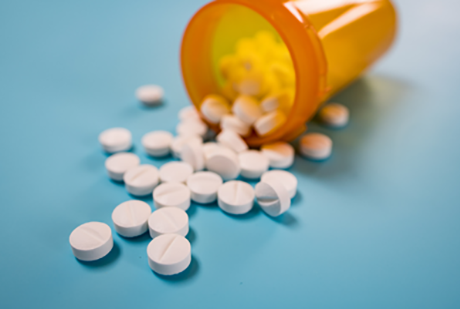 Opioid use and deaths from overdoses have surged throughout North America during the COVID-19 pandemic, according to The Wall Street Journal.

In December 2020, the Centers for Disease Control and Prevention said the U.S. will record 81,230 fatal drug deaths during the 12 months through May 2020—a record, up from 68,829 deaths during the same period ending in May 2019. In Canada, opioid overdose deaths hit 1,628 in the second quarter compared with 1,029 in the first quarter as the pandemic worsened.

The construction industry, where workers perform the same physically demanding tasks daily, has been particularly affected. Seeking relief for injuries, workers can get addicted to strong prescription drugs, such as fentanyl, oxycodone and morphine, and street drugs, such as heroin.

In a 2019 report by Barclays Research that examined data from the Bureau of Labor Statistics and the National Institute on Drug Abuse, analysts said opioid use in the U.S. has made workers in the industry less productive and increased costs to the industry. Construction workers are roughly six times more likely than workers in other manufacturing industrial and services industries to become addicted to opioids. In the Canadian province of British Columbia, more than 20% of all overdose deaths between 2011 and 2016 involved construction workers, according to Statistics Canada.

The risk of addiction has grown amid the isolation and limited access to support clinics caused by COVID-19 restrictions. In April 2020, Vancouver-based nonprofit Construction Industry Rehabilitation Plan saw a 47% increase in calls from distressed users, and the number of workers currently registered in the program is at the highest levels in at least four years.

Losing workers to opioid use also is adding to an existing industry labor shortage. According to a fourth-quarter survey of the commercial construction industry by the U.S. Chamber of Commerce, 83% of contractors reported having difficulty finding skilled workers. Of those companies, nearly 40% turned down work because they do not have enough workers.

Financially, a worker with a substance-use disorder costs companies an average of $4,700 per worker yearly in health-care costs—62% more than the $2,900 estimated for nonusers, according to the National Safety Council.

Some industry groups are increasing efforts to address the issue. The Pennsylvania-based Keystone Contractors Association joined in 2018 with the National Safety Council to create educational materials for companies to teach workers about the dangers of prescription painkillers and drug use. The groups also persuaded the state legislature to declare the last week of July “Construction Opioids Awareness Week.” In addition, there are treatment and rehabilitation programs being led by unions.