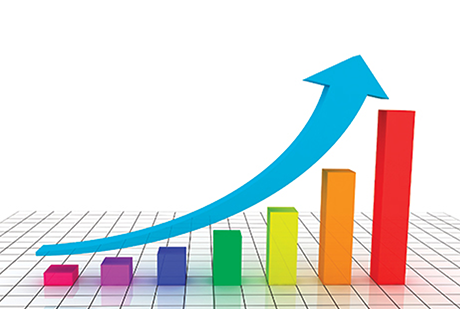 The U.S. economy grew at an annualized pace of 2% during the third quarter—its slowest increase since the end of the 2020 recession—amid supply chain issues and slower consumer spending, according to www.cnbc.com. Economists expected the economy to grow 2.8%.

Gains were hampered by declines in residential fixed investment and federal government spending, as well as a surge in the U.S. trade deficit. This mostly offset increases in private inventory investment, a small gain in personal consumption, state and local government spending, and nonresidential fixed investment. Consumer spending, which makes up 69% of the $23.2 trillion U.S. economy, increased at a 1.6% pace after rising 12% in the second quarter.

There also was a 0.7% drop in disposable personal income, which fell 25.7% amid the end of government stimulus payments. The personal saving rate declined to 8.9% from 10.5%, and federal government spending fell by 4.7% because of a halt in services and processing for the Paycheck Protection Program.

There were major supply chain issues during the third quarter, and labor shortages and soaring demand contributed to the problem, which is not expected to ease until after the holiday season.

Despite weakness during the third quarter, economists largely expect the U.S. to rebound during the fourth quarter and continue growth into 2022.