Established in 2022 by NRCA’s Awards Committee, the John Bradford Volunteer Award is presented at NRCA’s annual convention to a roofing industry professional who has consistently demonstrated outstanding acts of volunteerism with NRCA and in his or her community.

This prestigious award is named after NRCA’s 1982-83 president, John Bradford. Bradford participated in various community volunteer activities and emphasized altruism during his years of industry participation and leadership. Bradford was instrumental in the development of the Montana Roofing Contractors Association and served as president of the Midwest Roofing Contractors Association.

To nominate someone for the John Bradford Volunteer Award, NRCA members must submit names to NRCA's Award Committee. This committee assesses nominees based on their attributes and participation in NRCA and industrywide events. Please contact Anne Schroeder at aschroeder@nrca.net for more information. 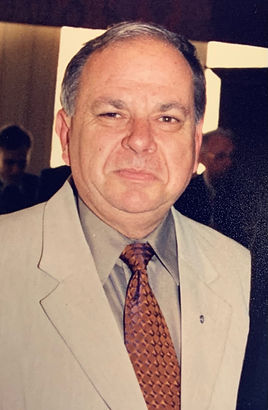 The first winner of the John Bradford Volunteer Award is Jude Laperouse. Laperouse has volunteered his time with NRCA for more than 30 years. His concerns for technical, legal and regulatory issues affecting the roofing industry, as well as a strong desire to deliver high-quality solutions for his customers, led him to join NRCA and volunteer his time.

Additionally, Laperouse served as chairman for other committees—including the Asphalt Fumes Task Force; the Health and Safety Committee; the Public Relations Committee and the Publications Committee—and as a trustee to the National Roofing Foundation.

Along with his NRCA involvement, Laperouse has served as Rotary Club president and was named Rotarian of the Year and Houma, Louisiana’s Most Useful Citizen, all while managing Edward J. Laperouse Metal Works, a roofing company started by his father. In 2004, his company won a Gold Circle Award for the Terrebonne Parish Main Library in Houma.